Diseases of a world run by MBAs

‘A serious disease has re-appeared at Sydney University. Like tuberculosis, as soon as a cure is found and staff have been inoculated, a more virulent strain emerges. It has been labeled “hyper managerialism” and its symptoms are “efficiency in the name of inexplicable time wasting”, “infinite make-work-form-filling” and “gobbledegook language to organise thinking”. So far no test has been found which might identify early onset of the disease.’  [1]

Sydney University isn’t the only place suffering such an onset of hyper managerial disease. In a world “run by MBAs” it seems that human institutions are less efficient, more clogged up, than ever before. Whether one is applying to get a new scooter licence, get on a bus, or drive to work through 40km school zones, laws and institutions set up for our society’s health are clogging up our lifeways.

The profit motive seems to be bringing a return to assembly lines, hierarchies of authority, middle management syndrome, billions spent on IP lawyers, new logos and merging of departments, and hours upon hours spent filling out forms and gathering meaningless signatures of approval. What happened to the flat management structures ten years ago they were teaching us business undergrads were the best?

MBAs are running the universities, the schools, the hospitals, the governments, the banks, the businesses… the world! The question is: are they doing a good job?

‘A brief case study of one patient’s debilitating experiences may be helpful.’ Stuart continues his story. 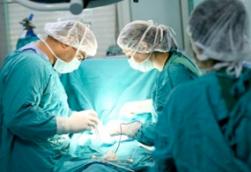 ‘Four weeks ago while attempting to appoint someone to a part time position in a Foundation which raises its own money and operates autonomously, I was startled by the arrival of forms labelled “permission to hire”, “permission to appoint” plus requests for a job description completed many years ago. Those controls seemed laborious but the germs they carried were not immediately obvious.

Over the next few weeks at least 12 people were consulted, three quarters of them from an office called “resources for humans”, the remainder from management with hyphenated titles who indicated that they were not responsible for the disease and had been isolated from it. I had contracted something dire.

In order to probe the mysteries of my condition, I became a self taught epidemiologist trying to separate the treatment from its cause. In this search, several individuals from the “resources for humans” office said in hushed voices that they were ashamed of their practices and that, although they washed their hands after receiving filled in forms, they had no alternative but to continue to ask for irrelevant information and to request numerous signatures to approve what was in the forms.

I was then persuaded that if the appointment of the proposed Foundation employee was to be made before winter arrives — several years ago such a transaction took no more than 10 minutes — the protocols would have to be followed, boxes ticked, questions answered and signatures of approval gathered. For internal and external contacts that might be made by the appointee, questions included “How often does this interaction occur with the main contact and for what purpose does this position interact with the main contact?”

When my pain became almost unbearable I identified the chief of the “resources for humans” office and phoned him in a fit of fever and consternation. I thought the disease was a form of constipation which desperately needed a laxative and inquired as to whether he could kindly apply it to any part of the management anatomy.

He returned my calls, was courteous and gave another ray of hope, “Perhaps this appointment need not have been included in our usual vetting, consulting, form filling, signature collecting system.” At that point I also spoke with a senior academic whose colleagues were in bed, stricken with the disease. He advised that a laxative was relevant but not strong enough: “The whole system needs to be purged.”

Almost four weeks into fevers and hypertension but with the form filling now aided by an “executive to an executive” who put the job description into neat sentences in separate boxes, subsequently followed by constructive expletives from me — “Jesus you must be joking” — the day came to collect signatures from four worthy individuals, one described as a “line manager” which seemed to have something to do with country dancing.

Some of these individuals knew little about the job or the activities of the Foundation but in order to maintain the symptoms of the disease — “create information for the sake of it” — the signatures had to be collected, scanned and sent to almost any administrative officer prepared to check them. One of the signatures referred to “Finance Officer” but no-one in resources for humans knew who this might be, so I volunteered to visit a bus shelter on Parramatta Road and collect the signatures of the lonely looking people who wait there. Most look as though no-one has ever asked them for their autographs so they could have found my request therapeutic. A helpful assistant to an assistant from resources for humans found this suggestion original but unacceptable.

On day three of the fourth week, with the disease at an acute stage, a laxative of some kind appeared to be having an effect. Motion was reported by a personal assistant to an executive director which in effect meant that the appointment could be made on the date requested and would be approved even if it had not been approved. I was enormously grateful for such imaginative discretion but then someone suggested my appointee would have to go before a “classifications committee”, who would be making a classification, who might interpret the results and indicate whether complete health would ever be regained.

Into the fifth week of form-filling, signature-pursuing-trauma, the appointee received her letter of appointment but the offer was for a position for which she had not applied to be conducted in association with a person with whom she will not work. In vernacular parlance — let’s leave the medical model aside for a minute — this is a bureaucratic cock up. The resulting pathologist’s report said, “This looks like hyper managerialism — a form of inefficiency in the name of efficiency prompted by MBA type wisdom.” […]’ [1]

Let’s look at one more example: the efforts to fire 340 academics on the basis of the number of publications from the last four years.

Rather than investing in long-term research, or the quality of the teaching of students, the University of Sydney seems to believe if someone hasn’t published four articles or books in the last three years, they are out!

‘The cuts have provoked an outcry,’ writes Dr Nick Riemer, from Sydney University Linguistics and English departments. ‘With its simplistic measures, how will Sydney maintain research quality, when the finest researchers couldn’t possibly teach and publish consistently at the rate administrators demand? How can management sack staff with classrooms already so crowded?

Sydney’s administrators have not been so different from their counterparts elsewhere. Administrators everywhere are trying to shrink their already overstretched academic workforces. Universities, apparently, just don’t need academics.  […] University technocrats are the equivalent of the regulators whose negligence caused the GFC. Just as markets favoured complex financial instruments far removed from commodities, so too universities have been alienated from their basic rationale by an ascendancy of executives hostile to the principles that should govern academic communities: respect for students and staff; research unfettered by philistine ”productivity” requirements; security of academic tenure; uncasualised labour; low student-staff ratios. These are the ways to guarantee academic ”productivity”, rather than its bureaucratic substitutes. It is the managers who are unproductive. Systemic managerial failures are compromising quality.’ [2]

Given both my research degree is at Sydney University and new position with the Sydney Peace Foundation (yes, Stuart’s article was about me), maybe I should be keeping my mouth shut. But, then, that would hardly be true to my personal ethos nor that of the Foundation.

What’s the cure to this hyper-managerial disease? I’m not sure. But, like any disease, courage to fight is definitely a part of it.

Read more of Prof Stuart Rees articles on the Sydney Peace Blog and check out the amazing company whom I now work for: Sydney Peace Foundation.

Polymathy and promiscuity
MY BRAZILIAN (… and a kombi named Betty)